Friedrich Fischer was a qualified chemist and worked as a distiller in the liqueur factory D. Weiss & Co. in the 10th district of Vienna. When he married Betty Pomberger in 1902, he moved to Wilhelmsdorf and began working in the Pomberger general store (founded in 1875).

Now nothing stood in the way of Fischer’s imagination: Friedrich Fischer was not satisfied with just producing brandies and herbal liqueurs; so he looked for niches in the market and started producing fruit juice on an industrial scale. “During the company’s heyday, before and during the First World War, up to 60 tons of berries were pressed each season; which resulted in a threefold raspberry juice. The company supplied its juice to Austria, the countries of the Austro-Hungarian Empire and the Balkans. A salesman from the company traveled to these countries personally,” recalled his son, Ernst Fischer. Friedrich Fischer was able to expand and purchased some more houses in the Wilhelmstraße. Later, at his request, his son also joined the business. He learned the business from the ground up and learned his skills from the artisans who worked at the company.

The Second World War was a very difficult time for the Fischer family: Except for the front of house No. 19 with the old company sign and the office, all the Fischer houses were completely destroyed. After the war, Ernst Fischer began to rebuild the company and he and his son Gerhard faced trying times: His customers, local grocers and spirits shops, were driven out of business by supermarkets, which at the time were only focused on price and not quality.

The great-grandson of the company founder, Gerhard Fischer’s son Gerald, wanted to awaken the old Meidlinger family business from its slumber and revitalize it. Motivated by Gerald, the Fischer’s decided to renovate the business and provide visitors insight into the tradition of the distillery craft with public tours. Since autumn 1990, the old factory premises have been open in its new splendor for more than 25,000 visitors per year and the brandies and liqueurs of the Old Vienna Schnapsmuseum made following traditional family recipes are enjoying a new popularity and are even being exported to many countries overseas. 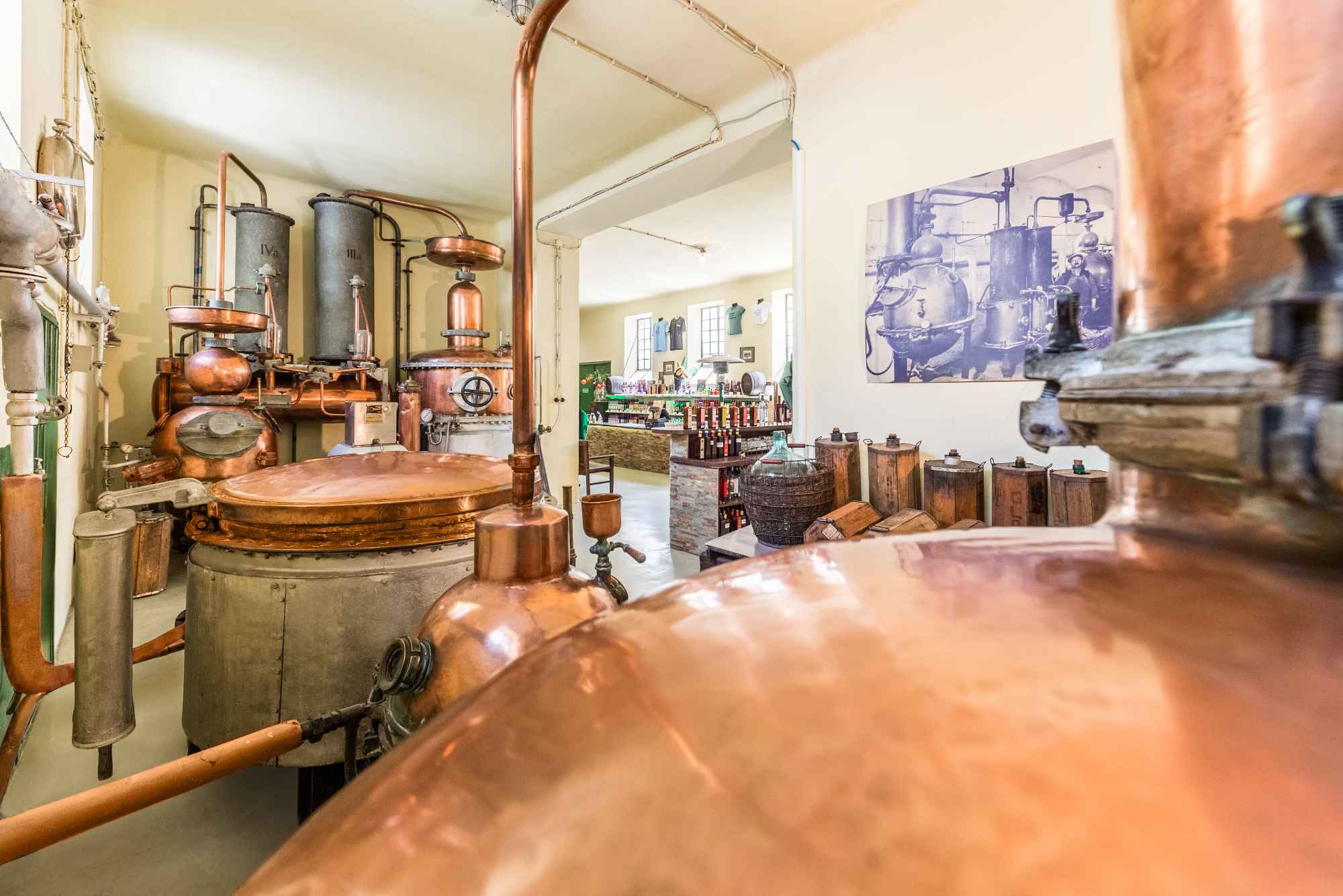 Barbara born 24.11.1862, died 10.07.1928 Franz born 03.12.1852, died 28.05.1898
The granddaughter of the inventor of the steam engine, Barbara Hoffmeister, married the merchant and member of the town council Franz Pomberger, who had operated a general store in the old style in his house at Willhelmstraße 17 since 1875. They sold all kinds of food, colonial wares and fabrics, etc. When Franz Pomberger died at the age of 45, his wife continued to run the business. When her daughter Betty came of marriageable age, as was customary at the time she was presented to the Viennese society at a huge party. At the party, the opening speech was given by Friedrich Fischer!

As a representative of the Gaudenzdorfer male choir, Friedrich Fischer held the speech that evening in 1901 and won the heart of the young Betty Pomberger. Friedrich was a qualified chemist and distiller, however, his true skill was in sales. He was a travelling salesman with his own horse and cart, which was something quite special at the time. In 1902 he founded the liqueur and fruit juice factory Friedrich Fischer - Franz Pomberger’s “Eidam”, the old German word for son-in-law.

He was the first one to produce raspberry juice on an industrial scale, something that was previously reserved only for pharmacists, and he bought the house at Wilhelmstrasse 19 because the entrance was wide enough for his horse and cart.

Fischer pressed up to 60,000 kg of berries each season and supplied the countries of the K. u. K. monarchy with his raspberry juice. In 1904 he was given the National Award of the K. u. K. Ministries and the title of Imperial Council.

Friedrich Fischer expanded the property, bought companies, five other houses, two cinemas and the subterranean lake in the Wienerwald, which has remained a tourist attraction to this day as the largest underground lake in Europe.

Friedrich Fischer was the first to introduce electric lights in the Wilhelmstrasse, much to the fascination of his neighbors. Artistically, he was also very successful: He composed couplets for Alexander Girardi and Richard Valdemar, the most famous actors of the time, wrote countless Viennese songs and also a book about his home town Gaudenzdorf. He passed away in 1955. 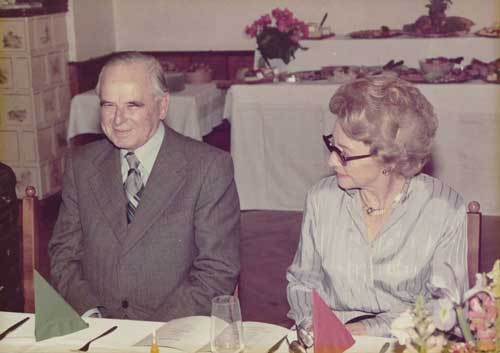 Betty and Friedrich Fischer had two sons and two daughters. The younger son Ernst graduated from Rosasgasse, a prestigious high school, and at his father’s request joined the family business. The Second World War was a very difficult time for the Fischer family: On February 21st, 1945, five of their houses were completely destroyed. All that was left standing was the front of the main house at Wilhelmstraße 19 with the old company sign.

Ernst had to sell all the other properties and rebuilt house No. 19 with his own two hands. His excellent technical understanding came in very handy during this time. He faced trying times since new beverages were driving the good old raspberry juice from the market and fewer people wanted to work picking berries.

With the advent of cars, people were drinking less and less spirits and the appearance of supermarkets lead to the end of the local grocery stores. The business was getting smaller and it was mainly the tireless work of his wife Olga that kept it alive. Ernst Fischer continued working in the company until his death in 1994, even though he had long since passed it on to his son Gerhard. Olga remained the good soul of the company until 1998 and passed away in 1999 at the age of 87. 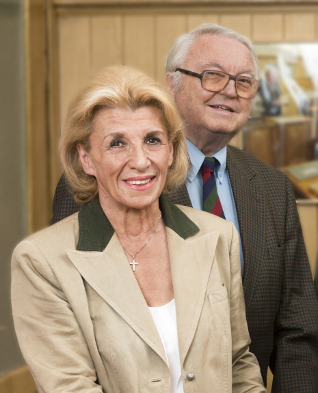 He also graduated from Rosasgasse and began working at the company at his father’s request. The rather inflexible sense of tradition of his father and the resulting generation conflict prevented him from introducing innovations such as assembly line machinery or chemical products in order to deliver to the emerging supermarkets.

As more and more of the Fischer’s customers closed their businesses, Gerhard Fischer also faced difficult times which he overcame with hard work and ever fewer employees. In 1990, together with his son Gerald, he turned the house where the business was founded at Wilhelmstrasse 19, which spans between two streets, into the old Viennese Schnapsmuseum. Together with his wife Erika, he now enjoys his well-deserved retirement in southern Lower-Austria, in the midst of fruit orchards. He still likes to check on the business twice a week. 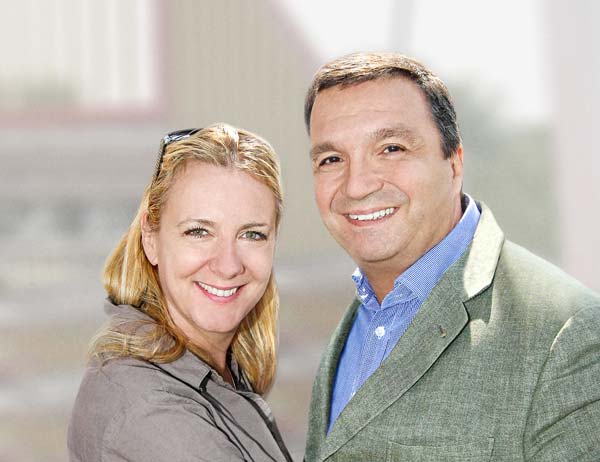 The great-grandson of the company founder wanted to awaken the old Meidlinger family business from its slumber and revitalize it. After graduating from the French Lyceum, he traveled around the world as a tour guide and in 1987 founded a travel agency for renowned names in the art and business worlds.

Motivated by him, the family decided to renovate the business and provide visitors insight into the tradition of the distillery craft with public tours. Since fall 1990, the office and factory premises now shine with the former glory of the empire times and the brandies and liqueurs of the Old Vienna Schnapsmuseum made following traditional family recipes still enjoy great popularity. They are even exported to many countries and overseas, thanks to Gerald Fischer. Together with his team, Gerald Fischer tours more than 25,000 visitors a year from all over the world through the historic rooms. His wife Benita takes care of the shop of the museum. 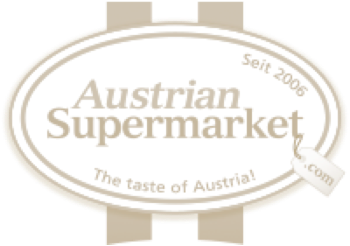